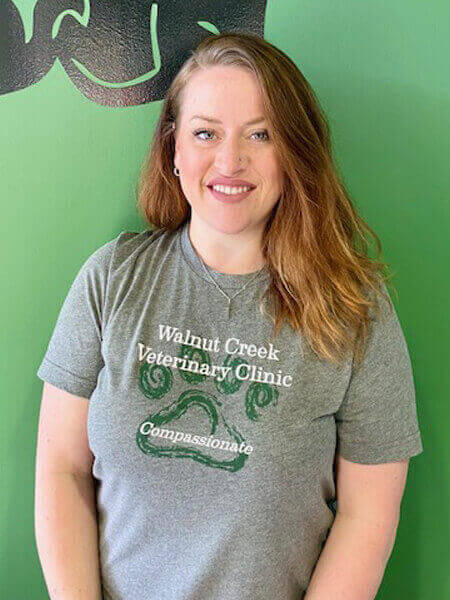 Melissa is a Fremont native and obtained her Associate of Applied Science Degree from Vatterott College in 2009. She completed her externship at Ridgeview Animal Hospital and joined our sister clinic, Walnut Creek, as a licensed technician in March of 2010. She then transitioned to Skyline Veterinary Clinic in January of 2016 as the Clinic Manager, after two years she transitioned to the flex technician role and is now the Administrative Assistant for all 4 sister clinics. In addition to being a tech, Melissa enjoys football, fishing, music, softball, and being outdoors. She currently resides in Omaha with her husband Grant, their son Waylon and their fuzzy kids Daphne, Janis, Roxie, and Kitler. 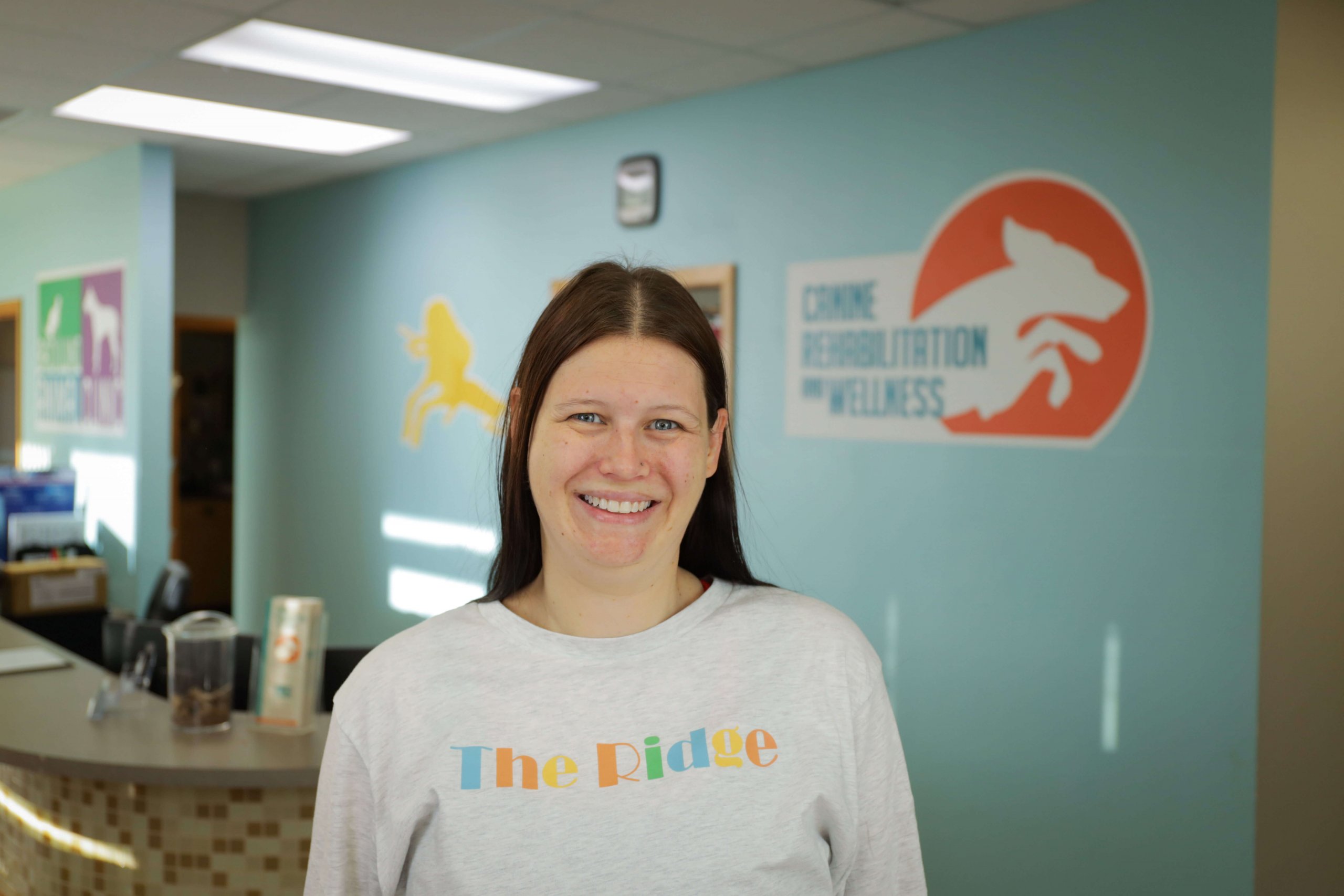 Cassie was raised in Omaha, actually in Woodhaven-the neighborhood adjacent to The Ridge Veterinary Clinic! Cassie graduated from Millard North High School, earned her Bachelor’s Degree in Biology from Wayne State College in 2009, and went on to earn her Associate’s Degree in Veterinary Technology from Iowa Western Community College in 2012. In 2016, Cassie earned her Certification in Rehabilitation from the Canine Rehabilitation Institute. Cassie saw first-hand the benefits of physical rehabilitation in dogs, after Dr. Beck rehabbed her childhood English Springer Spaniel after knee surgery, and wanted to help other pets improve their mobility and pain control. Cassie’s husband, Josh, is a steamfitter and loves to hunt, fish, and create new toys out of stainless steel. Together, they have one daughter, Aria who was born in 2016 as well as an ornery and energetic English Springer Spaniel rescue, Gunner. Beyond assisting dogs with rehabilitation, Cassie enjoys playing with her daughter, and cuddling up with a good book (if Aria has a say, several good books)! 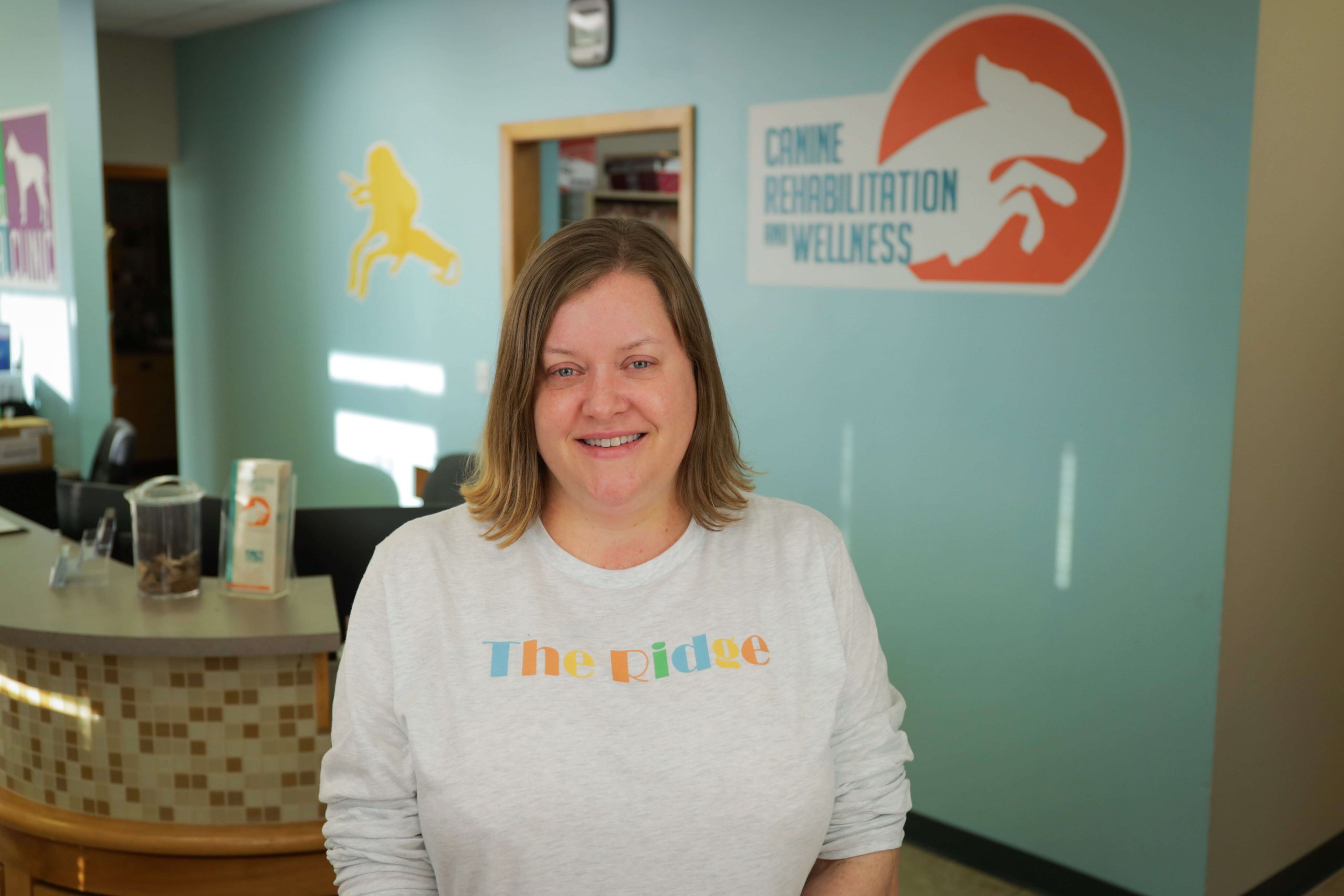 Sarah is from the east coast but lived in Lincoln as a kid. She has a BFA from Alfred University in NY state and an AAS from Bel Rea Institute in Denver, CO. She and her husband Tom have one teenage daughter named Elizabeth.  Her family also consists of her stepdaughter Lydia and new grandson Shawn.  She has 3 dogs; the chihuahuas, Mouse and Roco; who keep Herbie the English Bulldog in line.  On a regular basis, Sarah enjoys taking photos, dog parks, and sushi. 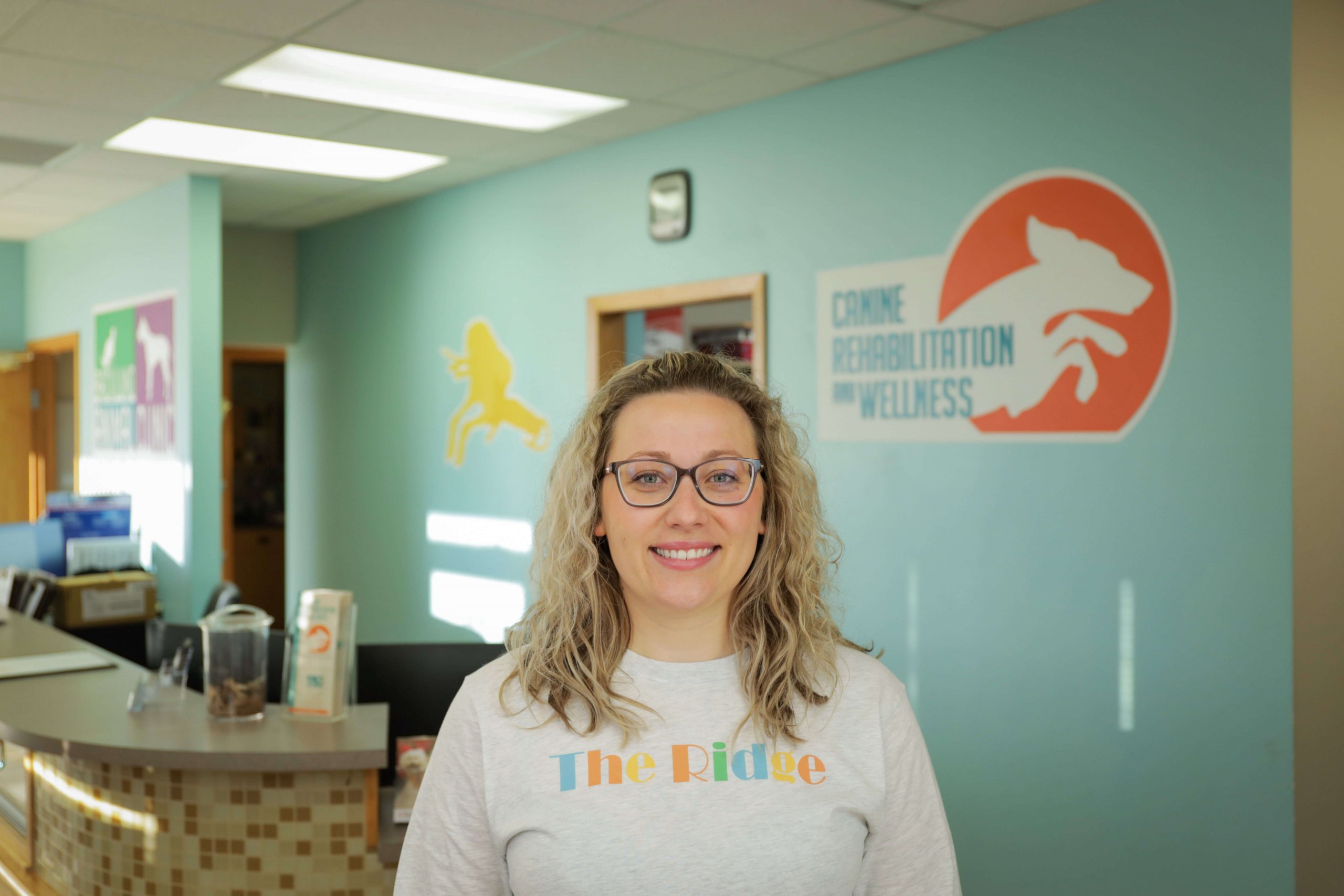 Courtney graduated from IWCC in 2011 and has been a licensed veterinary technician for 10 years. She has been working in the veterinary field since she was 15 years old starting as a veterinary assistant. Courtney has been married to her husband Andrew, for 10 years, and they have 1 son, Leo, who is in the first grade. Together Andrew and Courtney have a mixed breed dog named Penny and a black cat named Sammy. In her free time, she enjoys reading, attending Jazzercise classes, and spending time with family and friends. 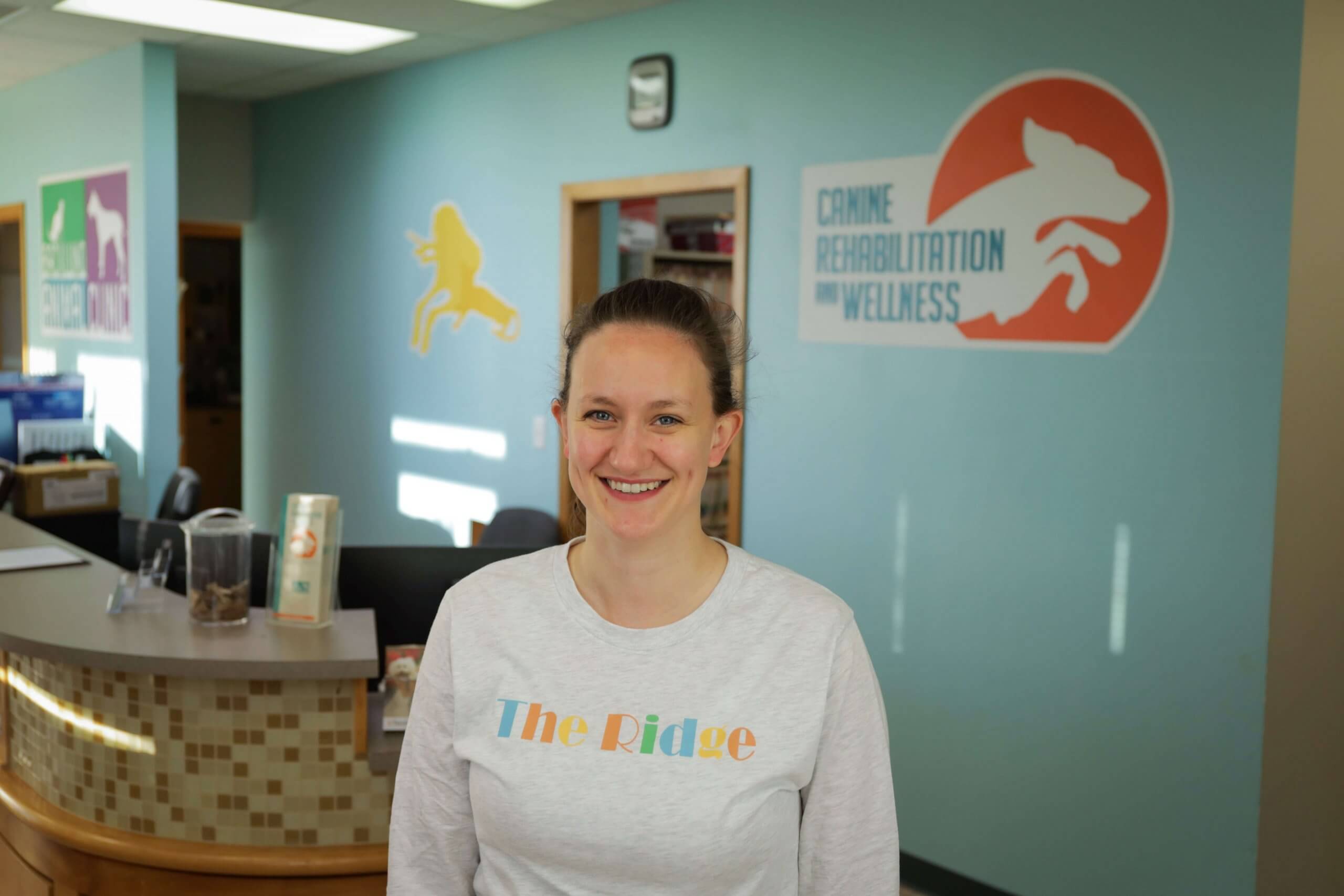 Abigail grew up in rural Texas surrounded by a variety of animals. She grew up with birds, fish, reptiles, dogs, cats and different farm animals. Needless to say, she grew up with a love of all animals. She went to school for graphic art and animation before finding her true passion- caring for animals. She worked at a doggie day care, and humane society until she found her calling in the veterinary field. 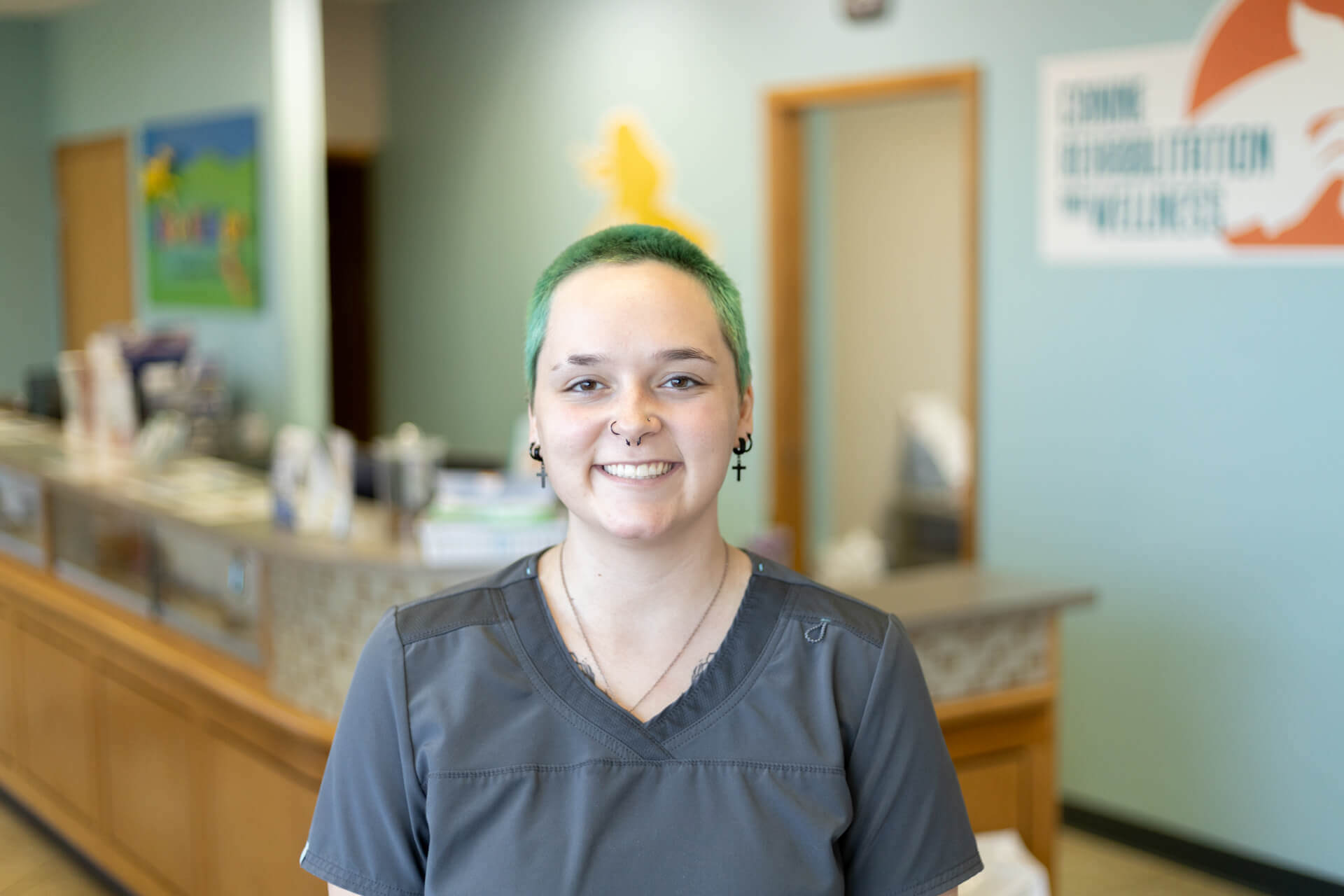 I have lived in Omaha, Nebraska all my life! I’ve always had a passion for working with animals, dogs being my favorite. I have extensive experience working and handling animals of all species, including my own! I have a two year old dog named Sadie, and several different reptiles. I am working towards an apprenticeship to someday become a service dog trainer in Lincoln. 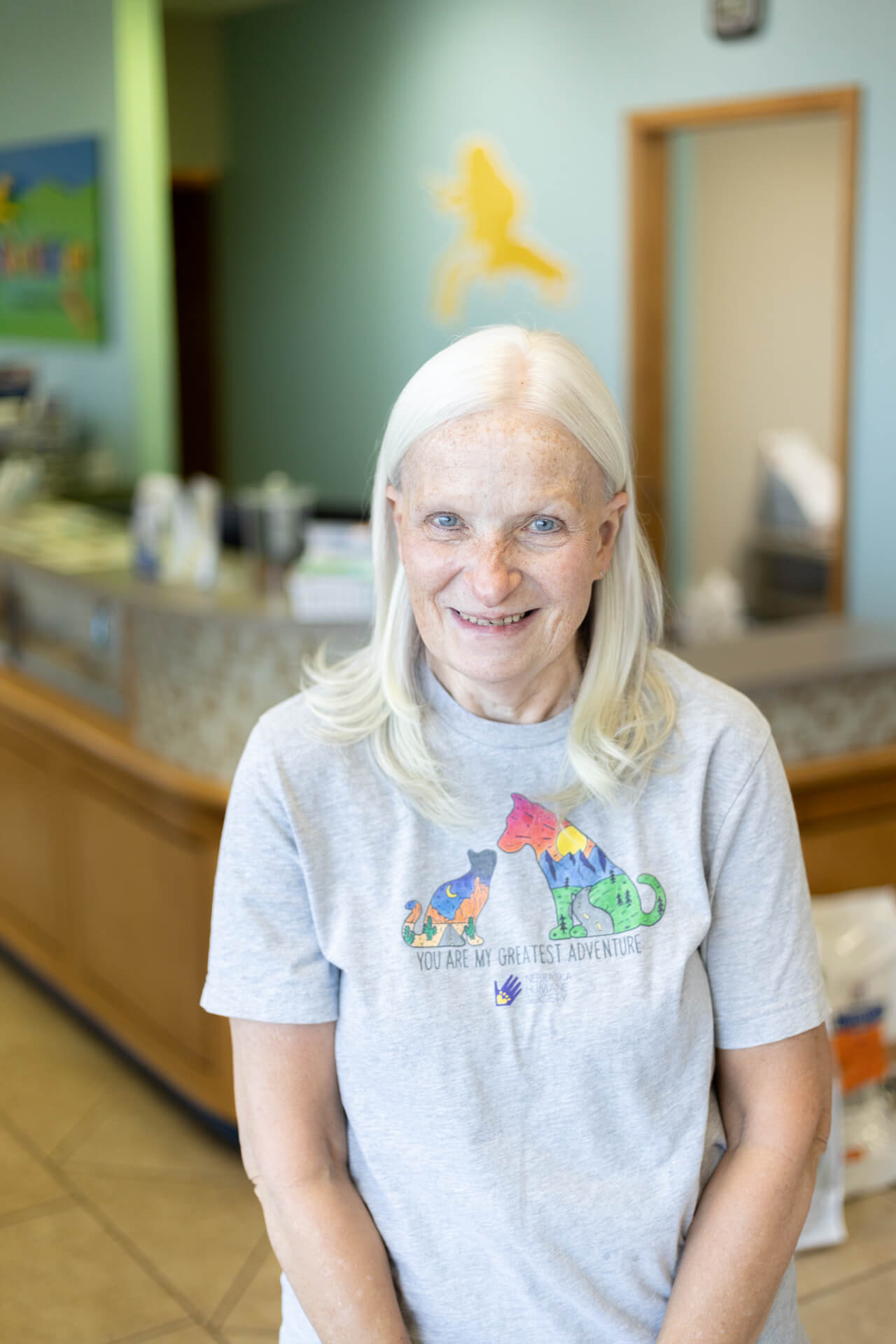 Born and raised on a farm in Stanton County. Much of the time was spent caring for and helping on the dairy farm. Many hours were spent grooming and showing dairy cattle at livestock shows including county fairs and AK-SAR-BEN for 4-H.

The love for animals continues today with two big dogs and two cats, along with feeding the neighborhood birds and squirrels. Also, helping friends, family, and whoever may need someone to look after their dogs for a short get-away.

Husband, Terry, works in manufacturing. Children: Justin and wife, Emily, with girls Addison and Laila. Travis and wife, Lyndsy, with daughter, Nicarra. All carrying the love of animals with dogs, rabbits, and guinea pigs. 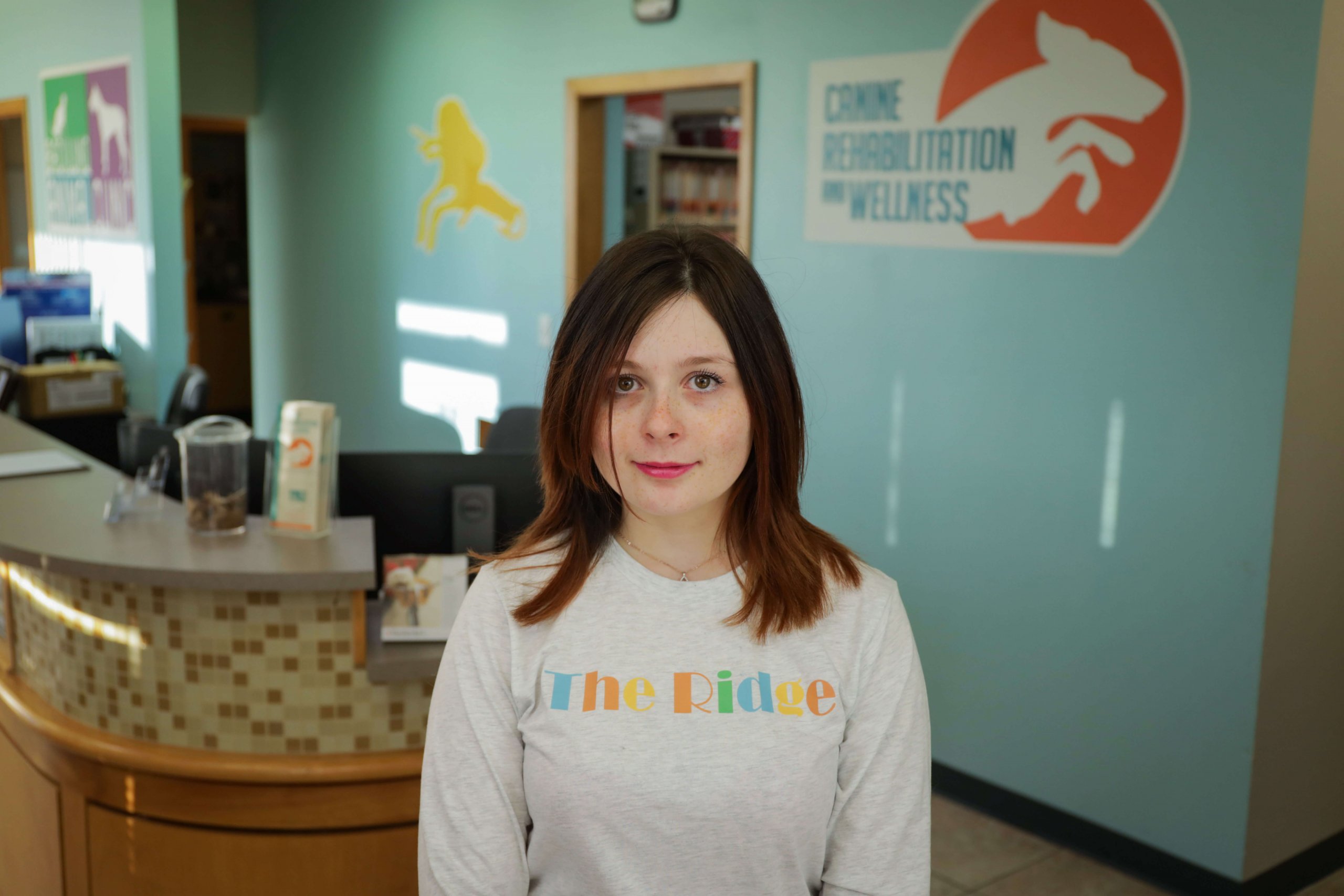 Sarah is a Nebraska native, born in Lincoln but now resides in Omaha. Prior to entering the animal care world, she worked as a hairstylist, but then worked a brief time at a doggie daycare which helped her discover that she could turn her love of animals into a career. She joined the team when The Ridge first opened under its new name in April of 2021 after being trained at Ridgeview Animal Hospital.

She grew up with a budgie, a type of parakeet, named Sky who lived to be 12 years old. After moving to Omaha, she lived with her aunt and uncle’s collie, Indy, and now has a German Shepherd mix named Gideon. 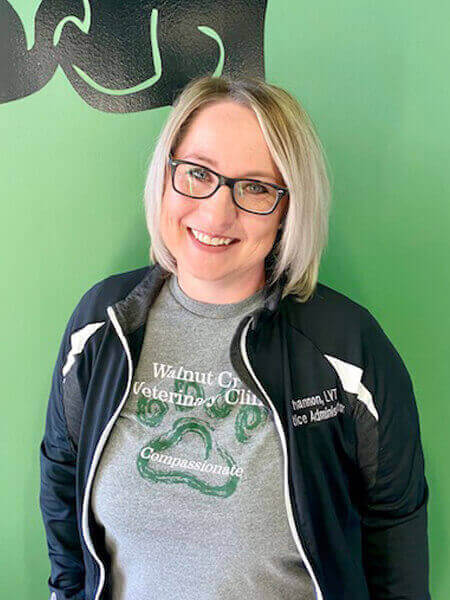 Shannon has been in the veterinary industry since 2000 when she graduated from N.C.T.A. and became a Licensed Veterinary Technician. She worked in 2 other clinics and with Dr. Gaines as an LVT prior to Ridgeview opening. A passion for animal medicine was only the beginning of her career. She keeps up her license as a technician to help with patients when needed but has transitioned into practice management over the past 10yrs. Even more, than helping the doctors and furry family members, she found that she enjoyed using her other skills to help build strong teams and positive cultures in the clinics while continuing to learn and grow herself. She is now the Practice Administrator for Ridgeview Animal Hospital, Walnut Creek Veterinary Clinic, and Skyline Veterinary Clinic.

She is also the proud mom of 2 teenage boys, Gavin and Malik, that keep her busy when she’s not in the clinics and a dachshund, Stella. Her sweet fur baby for the past 16 years! 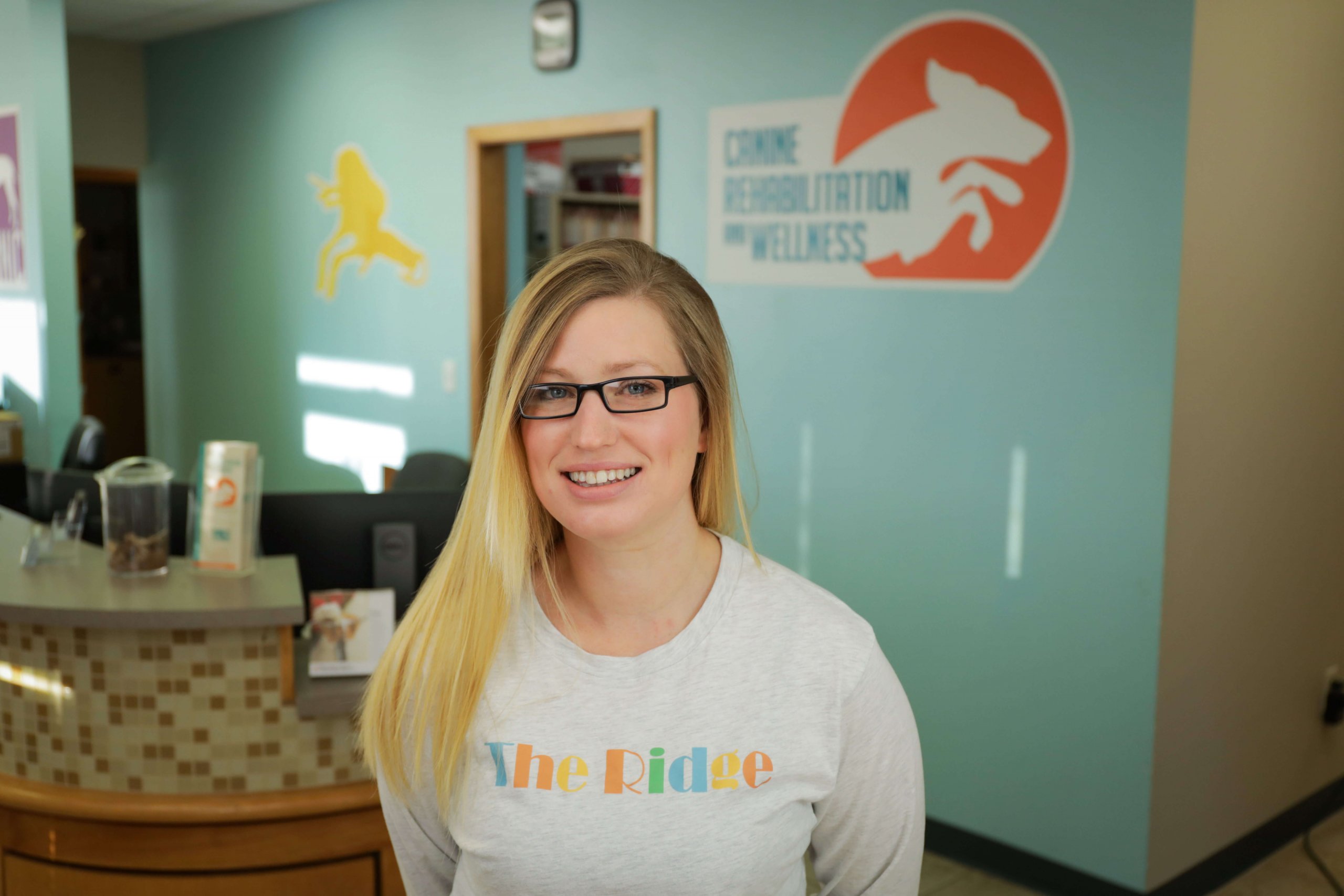 Spending most of her youth in Nebraska and Iowa, Tawni was born an animal lover and developed a passion for caring for any animal she encountered. With a heart for furry critters, Tawni began her career working as a receptionist for a small-town veterinarian. After several years in that environment, she was intrigued by the business aspect of the clinic and this led her to pursue a business degree at Iowa Western. 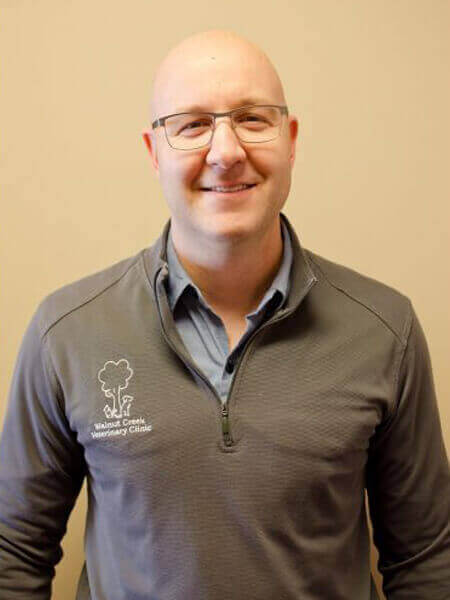 Adam has a degree in operations management from Kansas State University. He currently manages 3 clinics, Ridgeview Animal Hospital in Omaha, Walnut Creek Veterinary Clinic in Papillion, and our newest addition to the veterinary family, Skyline Veterinary Clinic in Elkhorn. He is married to Joanne, who is the owner of Ridgeview Animal Hospital in Omaha. They have five children: Jack, Lucy, Vivien, Jay, and Eddie. Their family pets are a cat, Mellie, and a Border Collie/Shepherd mix named Tex who was rescued from a shelter in Dallas, and Angus the cattle dog, adopted from Heartland German Shepherd Rescue. Since managing 3 busy clinics isn’t enough, Adam and Joey are foster parents and Adam is the founder and volunteer coordinator for Truck Brigade. Truck Brigade serves former foster youth by delivering furniture to their new homes. 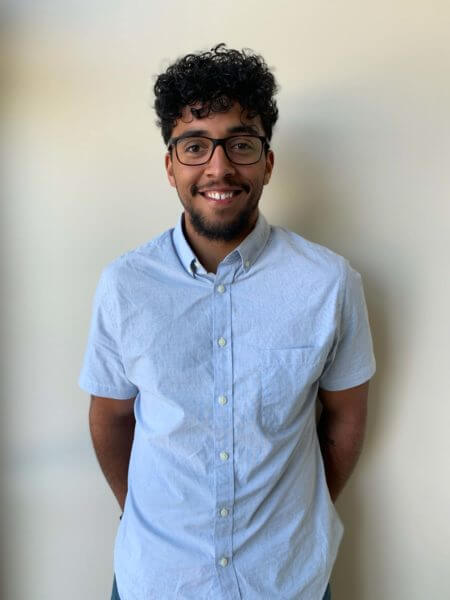 Thomas joined the Ridgeview team as our Technology Support Specialist in the Spring of 2020 after receiving his Information Technology degree from the University of Kearney. Thomas and his fiancé have a 3-year-old Husky/Lab mix named Penelope. Thomas is originally from Ada, Oklahoma and in his free time, he likes taking pictures. 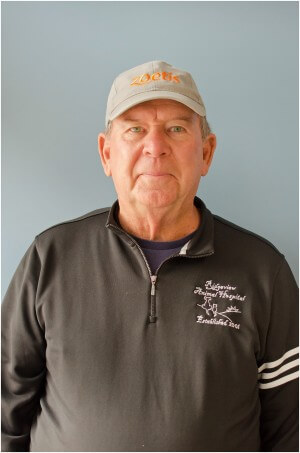 Jerry Ravnsborg grew up on a farm where you learn to do all kinds of things. He has a BS in Business Administration and owned a manufacturing company, where he later went into technical sales of industrial automation in a three-state area. As a retiree, he enjoys living on an acreage with his wife Carol of 51 years. Their Son is Dr. BJ Ravnsborg, located at the Walnut Creek Veterinary Clinic. They have a daughter, Amy, in Kansas City who is an air traffic controller. Their family has 4 grandchildren, two boys, and two girls. He enjoys working with his hands and currently provides maintenance services for Ridgeview, Walnut Creek, and Skyline Clinics. 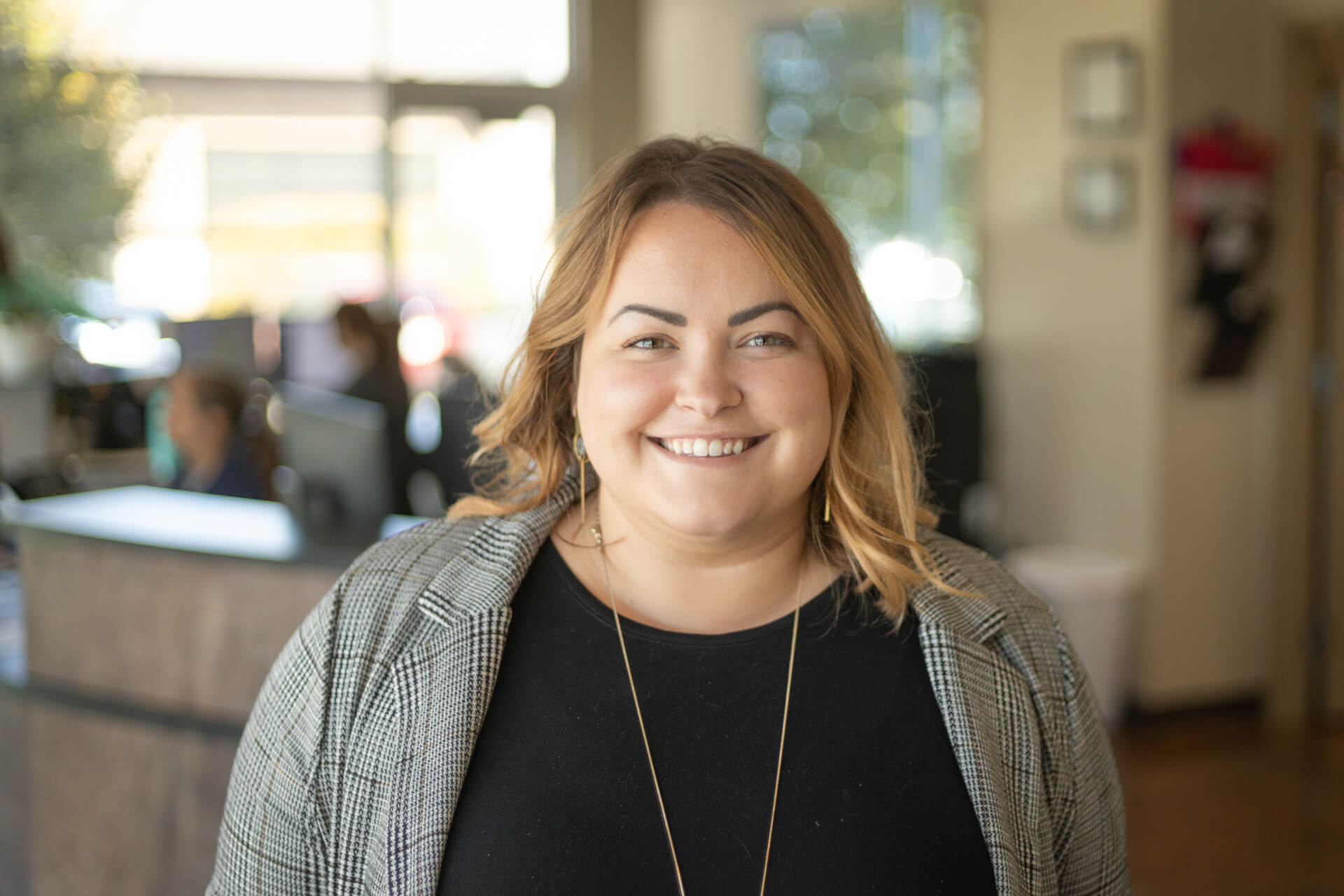 Hannah is originally from Omaha, NE and joined our clinic team as our accounting administrator, October of 2021. She has an accounting and finance degree from UNO. Hannah and her husband Eric have two maltipoos, Moose & Bear. Hannah enjoys playing sand volleyball, cooking, and spending time with family.

About The Ridge Veterinary Clinic

The Ridge Veterinary Clinic is proud to provide cutting-edge medical care and compassionate customer service to the pets and pet parents of the Omaha metro area. Our services include routine preventative care for dogs and cats, as well as more specialized offerings, such as behavioral and nutritional counseling and canine rehabilitation.